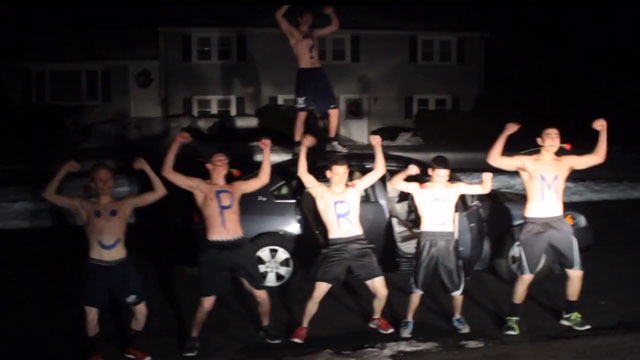 As a Las Vegas Wedding Officiant, I have seen my fair share of proposals, but never have I seen one for a High School Prom. Is it such a bad thing? Well now, the question may have multiple answers, but it is something that this Las Vegas Wedding Minister doesn't think is so bad.

Although I do agree that some may spend a little too much money on something that can be achieved with a creative mind and little to no cash spent. I can't complain when someone is going out of their way to be romantic. It is perfectly healthy at that age. As we get older, some people would give anything to have that spontaneity left in their lives. But, don't take it from me, here is an article written about the newest fad: Promposals. 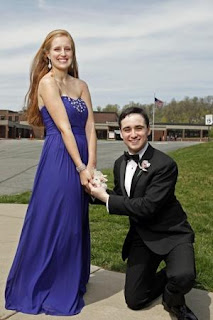 When Joseph Barone was strolling along the Ponte Vecchio in Florence, Italy, last month, the Brooklynite decided the romantic bridge was the perfect backdrop to pop the question to his girlfriend, Ashlyn Cossack.

As they paused to gaze down at the gondolas below, he reached into his pocket and pulled out the symbolic token that would cement the future of their relationship.

“Prom?” he asked, holding out a small metal lock in his outstretched hand.

“Yes!” cried Cossack, prompting the couple to attach the lock to the bridge and throw away the key — ensuring eternal love, according to Florentine legend — to an eruption of cheers from their fellow senior classmates on the school trip.

Barone had just secured his status with a prom proposal — a k a promposal — the details of which will no doubt be repeated in the halls of Bay Ridge’s Fort Hamilton HS in the months to come.

The days of shuffling up to someone’s locker and shyly asking them to the prom are over — instead, grand and wildly dramatic overtures done in the name of love and YouTube fame are in.

“One of the most stressful things about high school, in general, is finding a date for the prom. And on top of everything else they have to worry about, they now stress over the elaborate promposal,” says Liz Perle, editor of the Teen section of Huffington Post.

And while Barone admits he may have preemptively set the bar too high in this early stage of his romantic life — “How can I ever top that?” he muses — this isn’t stopping other students from trying.

At $100 a pop, the centerfield video board at Yankee Stadium has seen seven promposals so far this season.

Some students are even renting plane banners to pop the prom question, which can cost upward of $1,000 in the New York area.

“It started last year — I’ve been in the business six years, and we had never sold a prom banner before then,” says Remy Colin of Aerial Messages in Daytona Beach, Fla. 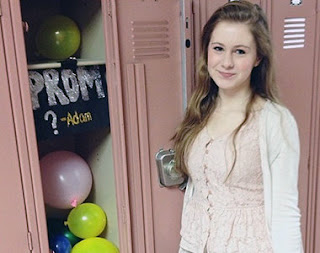 “The promposal is just as big.”

Goldenberg, who has a flair for the dramatic, tried to take it easy on his shy girlfriend, Lesley Heyman.

So he “only” promposed to her over the PA system for the entire school to hear.

“My girlfriend still hates me, but I know that she secretly loved it,” he says.

Despite the public nature of his request, he says it’s nothing compared to what he could have done.

“I saw ‘Legally Blonde’ at Wheatley HS [in neighboring Old Westbury] this past weekend, and at the end of the show a boy came onstage and a sign was lowered by the tech crew, asking one of the cast members to prom,” says Goldenberg.

Psychologists attribute the teen phenomenon to today’s culture of narcissism (heightened especially by the digital age, in which every move is filmed and uploaded to social media).

“Like it or not, teenagers are inherently and developmentally very self-centered,” says Kathryn Smerling, a family psychologist in Manhattan, who notes over-the-top behavior becoming more normalized with each passing YouTube video.

“These teenagers have such a bottomless need for attention and affection that they will overstep other people’s boundaries.”

The promposal trend has gotten so out of hand, some schools are banning them. 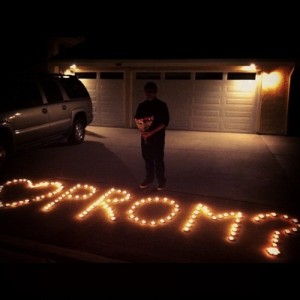 “After some rather extravagant prom proposals last year, the administration decided in a faculty meeting held in the spring of 2012 that asking a date to prom in public is counterproductive to both students’ academics and the values the school tries to impart,” reads the school’s statement issued to parents and students.

With so many promposals taking place in the classroom, educators feel it can be a distraction from learning.

One English teacher at Bronx HS of Science, who asked to remain anonymous, says she feels pressure to comply with student requests.

“A student asked me if he could interrupt class to stage a mock sword fight, after which he asked a girl to the prom,” she recalls with annoyance.

And critics say it puts undue stress on students, particularly introverts, since the stakes for public humiliation are high.

Lauren Weissberg, a counselor at Union Senior HS in Union, NJ, recalls a recent incident at her school.

A student had enlisted the help of his English teacher to stage his promposal, lining up five cupcakes on the intended’s desk that spelled out “P-R-O-M-?” with a slice of cake that read “yes” and another slice bearing the dreaded “no.” The girl waited 20 agonizing minutes before she helped herself to the “no” slice before a stunned English lit class.

“The counselor in me thinks that it’s not always smart to do these in public, especially if you’re not sure if the person will say yes. The cupcake kid was pretty crushed, from what I understand,” says Weissberg.

“The kids who are out there upfront and center are already the well-known students,” she adds. “There’s absolutely this ‘one-up’ component to it.”

After all, one’s hallway cred can depend on the outcome.

When Russell Goetz, a senior at Long Beach HS, asked his new girlfriend, Jen Hurst, to be called into the principal’s office for a surprise promposal, her acceptance led to priceless peer validation.

“I think it was a great way to ask somebody — because the whole school knows. Word got around a bit,” he recalls.

But despite the high stakes, many students take it all in stride.

As Roslyn HS’s Goldenberg puts it, “There’s definitely some social pressure there. But it’s all in good fun.”